Established in 2013, Rhodes Risk Advisors exists to protect their clients using the most innovative and comprehensive risk management solutions allowing them to focus on the continued success of their business.  Based in Atlanta, GA, Rhodes provides property and casualty insurance brokerage and consulting services to middle market businesses.  Rhodes specializes in providing unique and comprehensive insurance solutions to the Real Estate, Non-Profit, Construction, Film and Entertainment, Technology, Hospitality, Aviation, and Professional Service industries.

Headquartered in Atlanta, we think globally but act locally, with personalized service designed specifically for each client. We possess the information and resources to ensure we can meet our clients’ every need and respond to all inquiries efficiently and effectively. Our goal is to achieve long-term relationships focused on bringing value to our clients’ risk management and insurance programs.

The Rhodes Way is our map to successfully protecting our clients. We meet with our clients to identify the risks they face every day and long term. We identify activities that drive claim frequency and severity. We then utilize our internal resources to design a strategy that will best protect against the risks outlined. Rhodes will execute on the custom tailored solution to ensure that our client is protected.  Finally, we will measure the results in real time allowing us to proactively address any future risk our clients may face.

Rhodes has invested in technology that affords us the ability to offer highly efficient tools and services to our clients. This not only improves our efficiency, but allows our clients real time access to important risk management and insurance documents. Our clients have 24-hour access online to retrieve policies and certificates. Providing our clients with an ease of doing business is a priority at Rhodes. We strive to use the most innovative solutions to help reduce our clients’ overall cost of risk management, improving their bottom-line revenue.

Mike began his career with Zurich Insurance Group, one of the largest global insurers, where he was an underwriter in their middle-market division. Controlling a territory of over $10 million in premiums, his portfolio was composed by a multitude of industries including; hospitality, manufacturing, real estate, and private schools and colleges. Prior to joining Rhodes Risk Advisors, Mike was with Franklin Street, a commercial real estate firm, where he served as director of insurance and was one of the founding partners of their Atlanta office. At Franklin Street, he specialized in multifamily properties, focusing on insuring commercial real estate portfolios as well as oversight in growing Franklin Street’s insurance offering.

Since founding Rhodes Risk Advisors, Mike has further developed his expertise not only within the Multifamily & Real Estate practice, but has also grown Rhodes’ industry verticals while overseeing day to day operations of the firm. Under his guidance Rhodes has successfully placed over $10,000,000,000 of Real Estate TIV spanning all product types and asset classes from institutional to portfolios to individual private properties. As a result of this success Rhodes Risk Advisors has been named an Inc. 5000 fastest growing company, Atlanta Business Chronicle Pacesetter 100 fast growing company, and a University of Georgia Bulldog 100 company.

Mike received his BBA in Risk Management and Insurance with an emphasis in Real Estate from the University of Georgia. He has served on the Terry College of Business Young Alumni Board and has served as Chairman of the Independent Insurance Agents of Georgia’s Young Agents Committee. He is heavily involved in the Atlanta Real Estate industry as a member of the National Multifamily Housing Council. Mike is also active in his church Peachtree Road United Methodist, Leadership Ministries Friday Morning Men’s Fellowship, the Big Pink Cook-Off, and serves as a founding member of The Trinity Combine benefiting Trinity Community Ministries. Mike currently lives in Atlanta with his wife and two children. 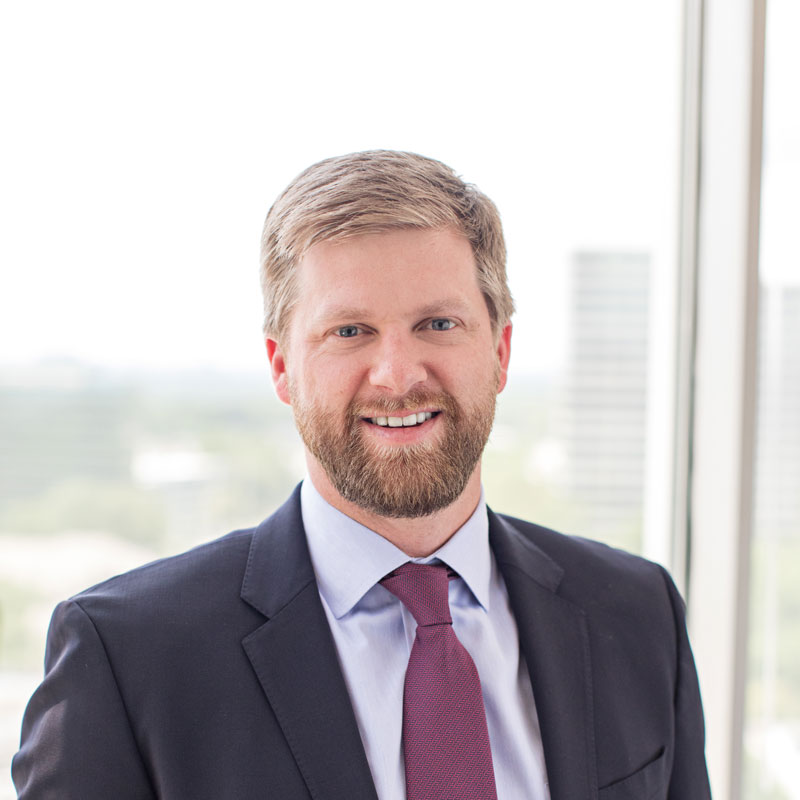 Kenny began his career working in New York City for Marsh and McLennan, one of the largest insurance brokers in the world. He started as a broker in Marsh’s Aviation practice, negotiating complex aviation insurance transactions with global insurers on behalf of some of Marsh’s largest clients as well as their middle market general aviation clients. He was then selected as one of twenty colleagues nationally to join Marsh’s National Brokerage Sales program. Prior to joining Rhodes, Kenny worked as a producer in Marsh New York office’s middle market group for both Marsh’s risk advisory and insurance brokerage services and Mercer’s health & benefits offerings. Through his diverse experience he has developed a specialized focus in a multitude of industries including: Real Estate, Construction, Hospitality, Technology, Retail/Wholesale, Manufacturing, Sports and Entertainment, Private Equity and Professional Services.

Kenny received his BBA in Risk Management and Insurance from the University of Georgia. While in New York he served on the Terry College of Business Young Alumni Board as the Director of the New York City Regional Network, and was involved with the Inner-City Scholarship Fund Junior Board as Co-Chair of Athletics. In Atlanta he is active with Atlanta Insurance Ministries, Trinity Community Ministries, and Radical Mentoring. He and his wife reside in Atlanta with their three daughters. 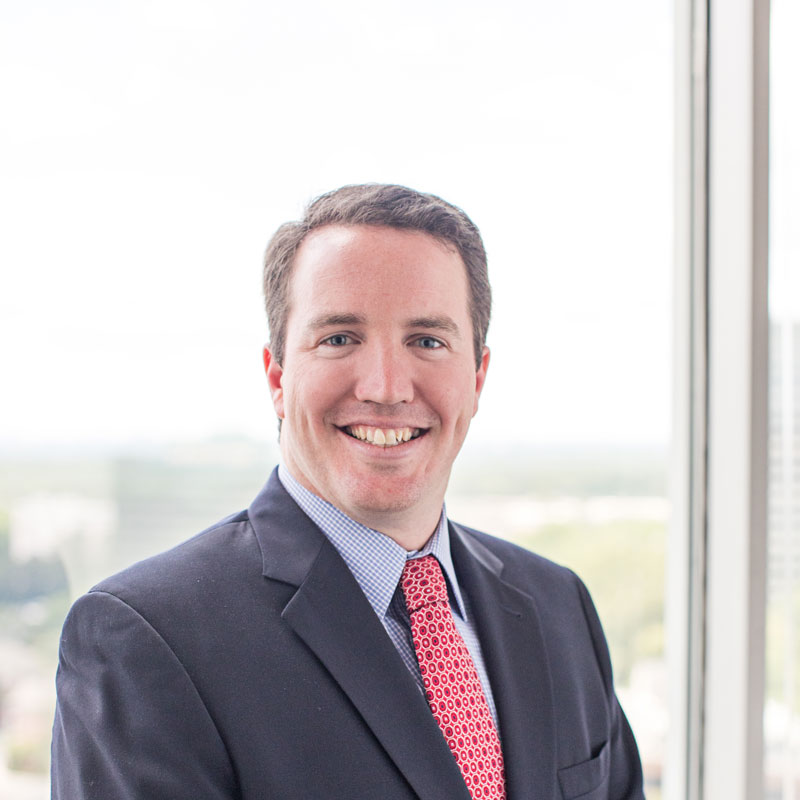 Hayward started his career at SunTrust Bank in Commercial Banking before working in the Real Estate industry at Atlanta Property Group, focused on acquisitions and managing office and industrial assets. Hayward then went to work at McEver & Tribble, Inc., a family owned Insurance Brokerage firm, where he developed and grew their Real Estate Insurance Practice with focus on multi-family insurance. Hayward joined Rhodes as a Partner when Rhodes and McEver & Tribble combined forces at the end of 2020 and focuses his time on Real Estate, Multi-Location Franchisee Operators, Private Equity, and Private Client Services.

Hayward grew up in Atlanta and attended The Westminster Schools before receiving his degree in Business Administration at the University of North Carolina. Hayward and his wife Elizabeth have 3 kids and enjoys watching, coaching and playing sports as well as traveling and spending time with family and friends. Hayward attends Christ Covenant Church and is involved in numerous ministries and organizations in Atlanta.

Nathan brings over 15 years of varied insurance and financial services expertise to Rhodes. He has held various production positions in the life and health insurance industry, financial advisory firms, and commercial real estate brokerage. Through this experience he has gained a thorough understanding of how to apply risk management practices across a variety of industries, and tailor their programs to align with individual business portfolio needs.

At Rhodes Nathan provides oversight of strategic partnerships and business development. Through these partnerships Nathan is able to uniquely identify the risk management needs within portfolio companies, and integrate the various elements of Rhodes industry expertise to best suit their operations.

Nathan holds a BBA from Kennesaw State University, and is a former college track athlete. Nathan resides in Atlanta, is a member of the Vinings Historical Society, and attends Christ Covenant Church in Buckhead. 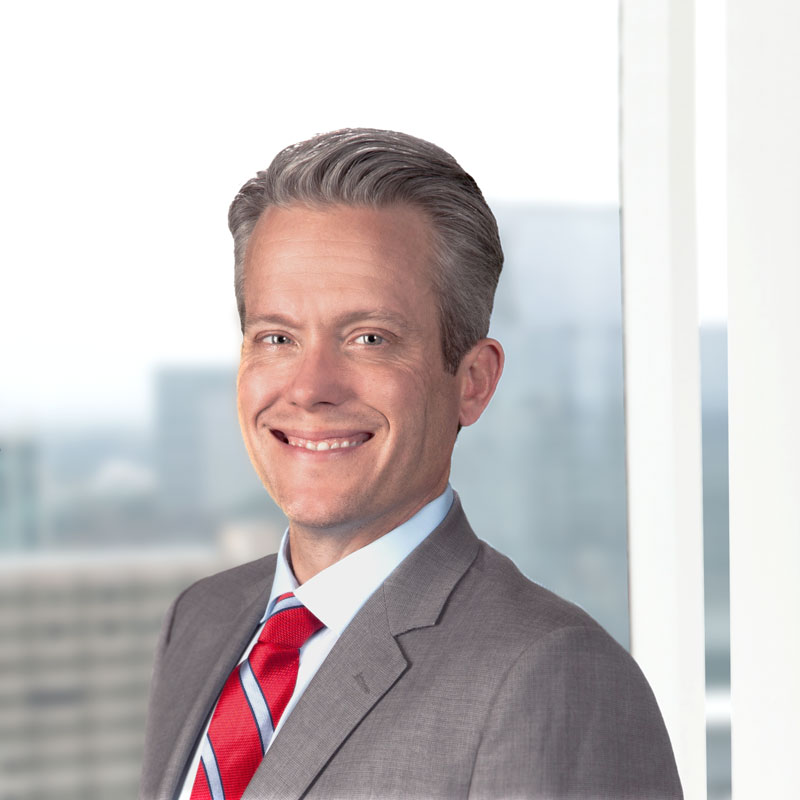 Robert “Bobby” Jackson leads the Rhodes Private Client Practice Group. He began his career working in New York City for PURE Insurance, a premier high-net-worth insurance underwriting company launching new product offerings and managing relationships with key trading partners throughout the Northeast.  After successfully helping PURE secure a foothold in the Northeast, he was selected to help grow PURE’s portfolio in the Southeast as the AVP, Regional Business Development Executive.  He joins Rhodes Risk Advisors with over a decade of experience in the Private Client space and through his experience he brings a specialized, client-first approach to growing Rhodes’ Private Client Practice.

Bobby received his BS in Economics from Trinity College in Hartford, CT. At Trinity he was a four-year letterman on the varsity football team and helped lead the Bantams to their 11th NESCAC Championship title in 2008. In Atlanta he serves on the board of the Northside Athletes Foundation (NAF), a 501c(3) dedicated to youth character and leadership development through sports. He and his wife live in Brookhaven with their twin girls, and are active members of Passion City Church.

Are you interested in joining our team?
Take a look at our career opportunities.
Careers